When People Aren’t On The Internet: A Study 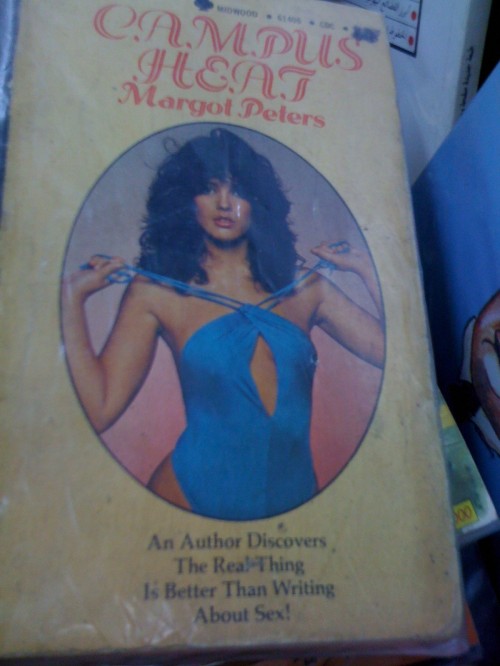 Hugo De Naranja and yours truly hit the town last night investigate a little bit of what happens when people aren’t on the internet. The following events transpired in a nearly linear fashion.

To kick things off, Hugo and I sat down to talk a little of what Mary Poppins likes to call “shop.” Almost immediately we came to the conclusion that women should be given the right to vote. And not just half-votes, whole votes. Equality should be granted at the polls regardless of gender. The fact that this wasn’t addressed during the last Presidential elections really blew my mind. But that’s another story for another time.

Our next move was to hit the street. Under the moonlight, whilst strolling through Edendale, I recalled a conversation I had heard overheard between a very intoxicated transient man and woman regarding the exact location of infiltration during the sexual position, which canines frequently practice.[i] The debate was over port of entry.

I was relaying this story to Mr. De Naranja when we crossed the street and practically walked into a demonstration and the very same debate, which I had overheard that afternoon. Luckily, the transients in questions were fully clothed. Unfortunately, having heard the conversation twice, I am emotionally scarred and for a brief instance, I even debated a life of celibacy.

This was as good of a start as any citizen of this nation could hope for on an eve of research. Libation after libation was consumed. Hugo enchanted the barmaid into comping his tab. I had had enough. We changed venues.

The streets of Edendale can be confusing regardless of how familiar one is with the area. Needless to say, approximately two blocks away from where I get my “shut-eye,” I was lost.

The next thing I knew I was drinking out of a mason jar in what looked to be a loft blown up to the size of a warehouse. While assessing the situation some debauched and damaged damsel tried to woo me with tequila. Despite my lack of interest in her as a person, when the tequila calleth I beckoneth.

Fast forward, three minutes and the worst swing dancing you’ve ever seen is transpiring in the middle of this wholesale mattress dealer sized loft. She wasn’t friendly. Hugo said she was an asshole. She also, for reasons unbeknownst to me, kept trying to rub her cheek against mine; I thought it would be best to leave. The damaged damsel talked and talked and I can’t recall one concrete detail of what amounted to be a soliloquy. I don’t think I missed much.

Because I was on assignment, to see what people do when they’re not on the internet, I felt we should change venues. Mason jars, swing dancing, conversations without content, weird cheek rubbing, I was pretty sure I got the gist. Hugo on the other hand thought because I was on assignment I should arm myself with contraceptives and let this girl prove that what she lacked in dancing and conversation she could make up ten-fold with handcuffs and a Rodney.[ii]

We changed venues. Hugo cooed sweet nothings to the barmaid who continued to ring up his drinks as gratis. I was starting to come to the conclusion that despite being away from computers, everyone was still very much on the internet in a cellular way. I was started to think this whole assignment was for naught. I was thinking that everyone is perpetually on the world wide web so people don’t act any differently away from it because it’s inescapable. It’s basically like the Matrix only Laurence Fishburne and Johnny Utah get to wake up in thermals with plugs in them in a submarine. We never get to do that. It was slightly devastating, like learning Santa Clause is German and probably of Aryan descent. [iii]

One door-to-door trip from a man in a yellow car with two other strangers Hugo had befriended and suddenly I’m on the back patio getting called “not American!” Call me a podiatrist! Call me a misanthrope! Call me the worst ever Russian to English translator of Dostoyevsky’s Crime and Punishment! But do not call me “Not American”![iv]

It all started with an exchange between a girl (read 28 year old woman) with a drawl and myself. She spoke with such a Southern twang that I couldn’t help, but wonder if she was in Edendale pursuing a country-western singing career. I wasn’t really listening to the sentences, but more the words and the weird shapes and sounds that came out in her version of English. Her portly friend came along and asked whom I knew at the party. I said I came with Hugo and two anonymous gentlemen I met in a taxi. She gave me a ‘hmm.’ I returned my attention to the future country-western balladeer and waited for a word to come out.

“How old are you,” the portly friend asked in her bland and not even remotely twangy or Southern intonation.

Being a gentleman, a theorist on assignment and drunk, the only reasonable response I could think of was, “I’m not going to dignify that question with an answer.”

Age doesn’t bother me. It changes often and in most cases regularly, but she was portly and if there’s one thing I can’t stand, it’s a portly girl in Edendale.[v] A few other things were said. She didn’t like my career choice of “baggage thrower” for SouthWest Airlines.[vi] Then suddenly she cut me off mid-sentence.

“Wait. You’re not American, are you…”

It was a blood curdling statement. Speaking of blood, I thought about telling her my favorite colors were red, white and blue, but I couldn’t remember if blue was a primary color or if white was a color at all so I abandoned that approach. Instead, I said nothing. I turned around and made my exit stopping only briefly to bid adieu to Mr. De Naranja who was in the depths of some sort of philosophical conversation regarding sex and the Olympic sport of curling.

Not American! Ha! I’d like to see her try and prove that in a court of law. I was out of there and back on the sweet streets of Edendale. I thought a little bit more about divorcing the human race from the internet, but it may be too late for that.

When I saw Hugo at the car wash this morning[vii], he didn’t look like he had slept much. He mumbled something about Martin Sheen’s son before I interrupted him to ask how his night had ended. He seemed hesitant about sharing the details, but he said he was almost positive that we were in an internet free-zone at the end of the night. [viii]

This got me thinking. Does a lack of internet drive people to hysteria? Does the inability to get totally and completely www cause women to call patriots “Not American”? These are just a few of the many questions I am still pondering after a night of trying to figure out what people do when they’re not on the internet.

[iii] Exchanging Pleasantries does not consider Santa Clause a scientific racist, but we respect the opinions of those who do.

[vi] This is a profession I often claim while in the presence of people with low intelligence. If I ever tell you I “throw bags” at the airport, it’s because I think you are stupid. Now you know.

[vii] Hugo owns a chain of coin-operated car washes. He taught me how to “jimmie” the machine so I can get free soap and water rather than paying the two dollars so now I wash my car every day of the week that has the letter “T” in it.

[viii] Some parts of Edendale have notoriously poor reception. Rumor has it that James Dean was in the middle of a phone call that fateful night he crashed into Jack Nicholson’s house and died. Supposedly he was calling Jack to open the garage door when the call got dropped and he crashed. Lindsay Lohan was the first one on the scene.

Comments Off on When People Aren’t On The Internet: A Study

Filed under Red Cups, Staring Into A Cobalt Pool