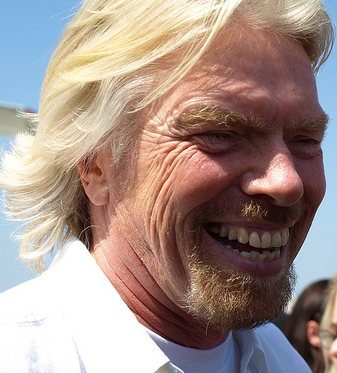 The following was gathered via experiential research.

Richard’s stateside brand, Virgin America, tries to style itself as a hip, young airline catering to people who like jetsetting whilst mainlining internet. Part of their ploy includes offering undersized mini-bottles of booze. Yes, I noticed my bottle of vodka was small—even for a small bottle of vodka. But I can’t blame Richard. I won’t blame Richard. He’s a capitalist. He runs on dough. He needs it like your uncle Marty needs his peritoneal dialysis. Plus, it was a cheap flight. They always are with Virgin. So I can’t blame Richard for trying to squeeze out a few extra bucks—what with the necessity of a second drink, the offer of more legroom at $35 an inch or the opportunity to pay to view some Daniel Craig movie that was only released in Asia.

But the movies and the compulsory surcharges are neither here nor there. But I am. There I am in row 23, minding my own business, throwing back $7 Blue Moon in a can and breathing in the  towelly smell of my neighbors’ marital discontentedness when the pilot brings my attention to the monitor.

Now the guys at Virgin think they’re slick—very fucking slick—so they put on this video. It’s basically like a ‘we’ll level with you. No one pays attention to these for-your-safety videos, especially not patrons of Virgin who are undoubtedly intelligent, and fantastically cultured jetsetters with better things to do, but bear with us.’ In the video, the cartooned passengers are incredibly skinny; just like our peers at lower altitudes. The video features pretty girls, disgruntled dudes and douche bags. You recognize all of them and identify with none unless you’re a pretty girl. I’m not so I don’t. The requisite video finally gets to the “seatbelt bit.” Oh these Vestal Virgins, cocksure as they are, say something like, ” for the point .000009% of you who have never operated a seatbelt…”

And folks, this is when it gets ugly. This is when Virgin’s humor regresses to the U.S. Immigration Act of 1924 which was championed by Adolf Hitler. The gist of that document was America could always use some tall, blond northern Europeans, but when it comes to Asians, Southern Europeans, and anyone hailing from near or below the equator… “Sorry, Bub. We’re all full. Try Canada.”

To my great dismay, the guy, who Richard pinned as the .000009% of people who have never used a seatbelt, was a Spaniard. A torero to be exact. Matador, if you prefer the Mexican word.

Richard, who is decidedly blond and English, could’ve ordered his advertising lackeys to go about this a myriad of ways. Instead, Richard picked a Spaniard.

It just so happens I have a friend who’s Spanish and also a torero. His name is Ivan. When I last saw Ivan he gave me a parting gift. It was the horn of bull he had slain one dusty afternoon while I stood somewhere in rural Spain and slammed Mahou Clasica in the company of pals and paisanos. As Ivan handed me the cuerno he said something along the lines of, “to remember me by.” It was a beautiful moment. You should’ve been there.

Fast forward to the present day and I may have lost that bull’s horn, but I certainly haven’t forgotten Ivan. Which is why I am sure it comes as no surprise to you that on behalf of all toreros, I’d ask Richard Branson to remove his racist F.A.A. approved safety video. Then I would like a formal apology addressed to toreros, toros, and their fans. Finally, I’d ask Richard to tender his resignation and name yours truly as his successor. (Somebody’s gotta run the show.)

Do forward this along to Richard. Somewhere along the way, I lost his personal contact information.