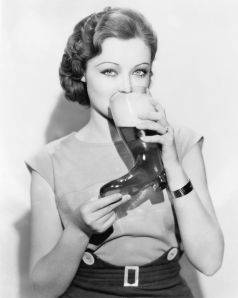 I’m triangulated between two bars. A right triangle. Or maybe it’s another kind. Regardless, this coffee shop’s patio is hemorrhaging charm as I watch the sun lift itself higher, watch my work stay exactly where it’s been, watch the clock tick and with each tock make a case for relocating to a proper wateringhole.

It is technically the “afternoon”. It wouldn’t be completely uncivilized to have one, maybe two beers then continue with my day. It might be just the change I need. Beer: The Afternoon Delight. Beer: Better Than An Espresso. Beer: Go from Meh to Delighted!

There are other considerations. It’ll be a late night. After this work, there will be other work. I’ll be in a dark room with a bunch of screens watching take after take after take of actors saying the same fucking lines over and over again, only sometimes it’s slightly better and other times it’s slightly worse. In light of that, maybe a beer is a necessary retreat. A pat on the back. A lollipop after an inoculation. 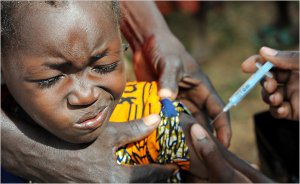 The World Cup is going on and although I’m not following it, I could always sidle up next to some Belgians, some Germans, some Grecians; I could paint my face in the bathroom then reemerge a fan. I’m not picky about the country. Not when I know there will be beer and camaraderie.

The other bar will not have the World Cup, but my feet will stick to the floors. It’s like walking in tar, but it gets stickier and stickier as I move closer to the horseshoe where they dole out cheap liquor and beer. It will be dark, very dark and the minutes will slip into hours and the day into night. No one will be cheering. There might be a couple co-workers huddled around sad margaritas celebrating whatever people who sell cell phone plans might celebrate.

The bartender will be somewhere between thirty and forty. A retired hipster, banished to a hipster bar where he must watch the clientele get younger and younger. Where he can read Rilke in the afternoons and wait for his girlfriend to show up with her just-of-age friends. He can hide his book too slowly, hoping to be asked about it, then give them shots of Fireball. Which is what they came for. They do not care about Rilke or how hard it is to retire from hipsterdom. 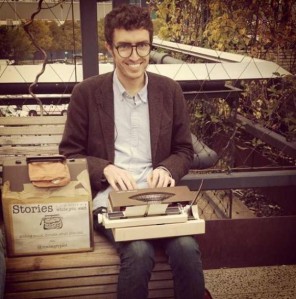 I’ve decided to train my eyes on the work ahead. It’s important work about conjoined twins: what it’s like to have your own brain, heart, liver, but have to share a dick. Yes, it’s deep and philosophical, and though the audience for conjoined twin comedy is small, I think I’ve cornered the market. I understand their plight because while organs divide them, I’ve got organs in revolt; micro revolutions happening within my brain, my liver, my heart. The lines have been drawn, declarations have been made. One will take no more afternoon beers, one will take no less. One wants to write deeply important conjoined twin comedy, the other wants to catch up on Louie. One suggests that I train for a marathon, the other thinks a nap is in my best interest.

The bars, of course, still have not moved. I appreciate this.

Once, I saw the Salton Sea from a mountain and I was told the San Andreas fault line was getting closer. 6 inches a year; an impressive pace. This wasn’t the ayahuasca. These were the facts.

But the bars still have not moved. Despite fault lines, yoga studios, coffee shops, forthcoming luxury condos. Or maybe in spite of them. I’m not clear on the distinction or their reasoning. Maybe I better pop in, have a word with the proprietor, really wrap my head around the plan and the stand that’s been taken. If it happens over a beer, so be it. Someone has to carry the torch.

3 responses to “The Afternoon Beer Dilemma”