America’s Future and Why I Didn’t Eat My Dog For Dinner! 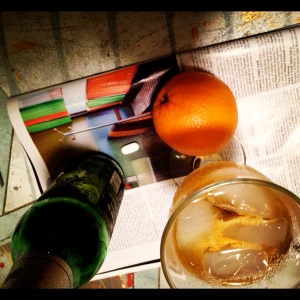 You know that website that’s like, tell me everything you have in your kitchen and I’ll tell you what to make for dinner? Well, I just used it and let me tell you—it’s amazing. I mean, seriously, I feel fucking great. And it’s super simple!

First thing’s first: take an inventory of your comestibles. In my own kitchen, I had two German beers, one bottle of Irish whiskey, a tray of ice cubes, 500 milligrams of synthetic heroin that was prescribed to treat a spinal injury in 2005, an orange, and a dog. Nothing substantial. The dog, I mean. You wouldn’t be caught eating it. It weighs about nine pounds and pisses on its own leg. I don’t need Todd Akin to tell you this dog is a female… 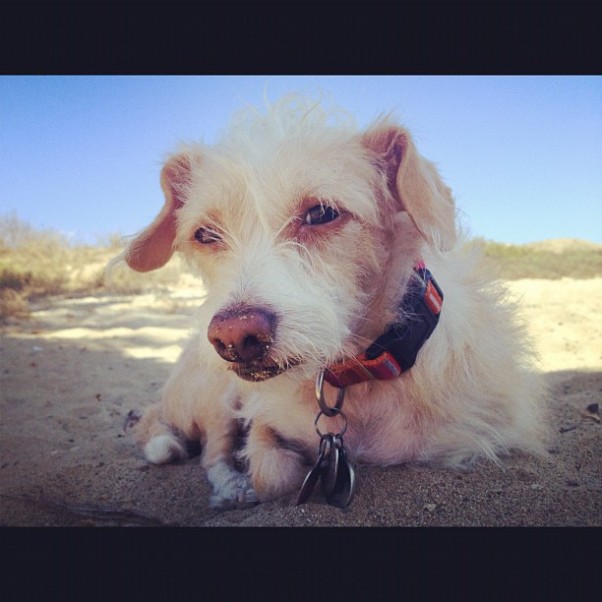 I didn’t get a ton of instruction from the what to make for dinner website so I just kind of winged it. And by winged it, I mean I put it in all in the blender and floated some beer on top… not the dog though. It’s not a fancy blender like they have at Jamba Juice. No, I would have to push the dog into the spinning blades for quite a while before she fit in. And who wants to drink bones? And fur?

I think this is a great and family friendly way of deciding on what to eat for dinner. It really works. It works so well that now that I’ve finished my well-balanced meal, I feel like I should quit my job and pursue my passion of telling children to get the fuck out of America and go back to the fetuses that they came from because they act like victims and don’t pay income taxes. I’m sick of paying for the 47% of kids who are totally dependent on people like myself and 14.1% of Mitt’s income in 2011 so they can learn how to read, and write in cursive and cheat on math tests. Because honestly, I’ve been around America’s youth lately and they are truly fucked. I’m talking Marlon Brandon thrusting a stick of butter up the ass of that soon-to-be lesbian chick in the Last Tango In Paris-fucked.

The website didn’t say anything about dessert, but I assume I’ll just have another course of the whiskey or canine tartar. And a side of hatred for America’s future. Have you heard? The kids these days—well, first off they don’t pay any income taxes. They’re victims that expect us to pay for their education, to tie their shoes—I lost my train of thought. Anyway, I’d kill for a pinch of expired opiates, but I’m fresh out. I’m still hungry so I’ll probably go to the Thai place around the corner. I’ll order mango sticky rice and tell the 18-year-old hostess that I’m not ready for a serious relationship. If she’s anything like most of the youth these days, she’ll probably want a guarantee that I’ll pay off her forthcoming student loans for the Fashion Institute of Design & Merchandising before she’ll consider giving me a non-tax paying heir.

What can I say? I’m an optimist. 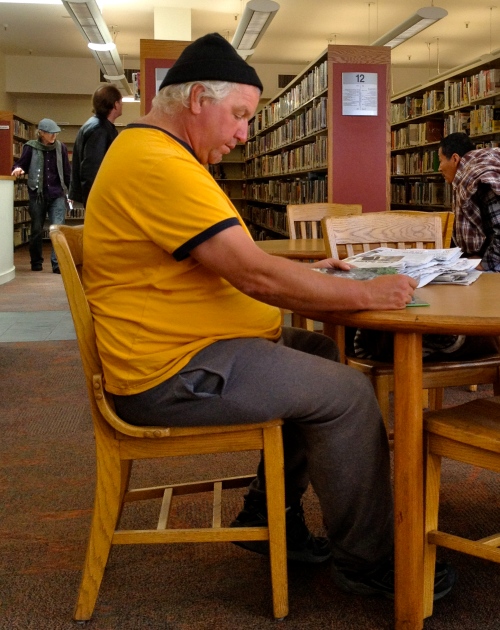 Today was a big day. Not just for me, but for everyone who cares about Bernie Madoff or Tanya Harding or whether R. Kelly actually urinated on a teenager.

I have been formally selected for consideration as a sworn juror. It is my civic duty. It is my distinct honor. I will not let the financial hardship (which has been described as impossible to prove), my desire to idle about como un huevon nor my dislike for public services lobbies nor the possible presence of morbidly obese people keep me away.

I’m taking my potential service very seriously. It’s not often my country calls on me. I’ve done some research. California, according to the website, is the greatest state in the union, but despite that fact there’s apparently a great deal of crime. This is why justice and/or trials  exist. This is why I have been called upon to serve my state. So I can face the judge, defense, defendant, and the audience and yell from the top of my lungs, “The jury finds the defendant guilty on all counts, your Honor!”

Also, according to the website, we have the best justice system in the world. Which is why our prisons, excuse me Corrections Facilities, are so full. No one gets away! America’s Most Wanted. We will hunt you down, beat you down, then grease you up and offer you to the boys in the yard. Justice. Democracy. Civic duty. California. Free hair cuts.

As a future juror, I’m told I don’t need any prior knowledge of the law. I just need to be impartial…which strikes me as an impossible request. How, after a lifetime of experiences and diverse interactions such as failed attempts at eating lengua tacos, parking tickets, sunburns and misinterpreting everything that Sartre ever wrote—how am I supposed to be impartial?

A former juror says, “It’s not so much about not having a bias but keeping an open mind.” Now that might not be in the Constitution, but it is in the orientation video, which is mandatory viewing. The same cannot be said for any documents our justice system draws from. Looks like we’ll just have to listen to the boys in Brooks Brothers and use what the original T. Paine called “Common Sense.” 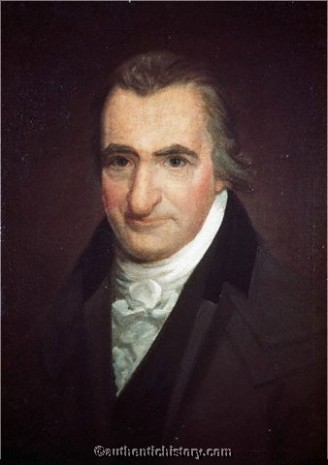 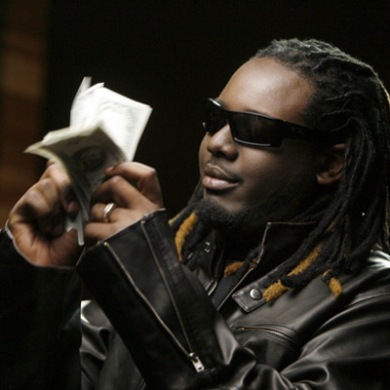 Fact: As a sworn juror, I’m not allowed to talk to anyone about the case.

If I am selected this will be very difficult because the only perk of participating on a jury is they have free wi-fi, which jurors are encouraged to use. Apparently, there’s a lot of down time.

It will be my responsibility to use the internet, but not update my Facebook status to declare: Serving on a jury about this pharmaceutical sales guy who ALLEGEDLY got hopped up on his own products and drove off a cliff because he thought he could fly. Now his wife is trying to sue “Big Pharma” so her kids can be more successful than their father by getting an Ivy League education and a nice trust fund since dad—before he offed himself—blew the family nest egg on breast implants for his underage Thai girlfriend and a Cobra for himself. Who did this guy think he ALLEGEDLY was—John Edwards?

I’m also not allowed to go to the scene of the crime to do my own research.

In the orientation video I learned that it’s a deep and fulfilling experience to serve on a jury. Many jurors remain friends after sending a meth addicted fourteen-year-old cholito to deathrow for  shooting a mailman who he mistook for a member of the Crips. 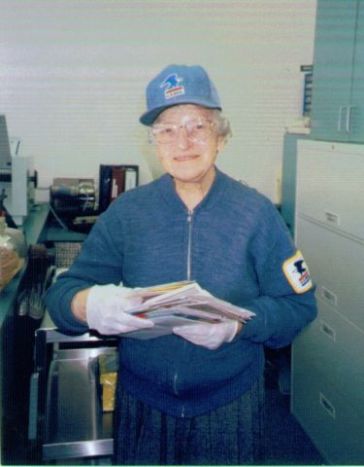 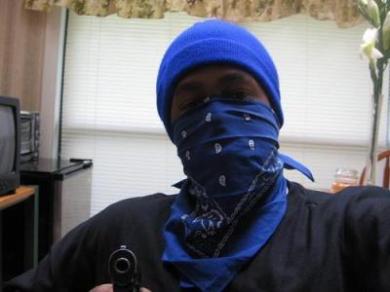 As a send-off, I’ll quote the orientation video, “Remember today’s juror could be tomorrow’s litigant, defendant, or just another exotic dancer trying to make it in America! Thank you for watching and thank you for…”

For example, say your grandmother died last week at the age of eighty-two while waiting for her favorite Thai restaurant to deliver her lunch. Naturally, I would learn of this tragedy through a social media update.

Grandma passed waiting for a larb salad 😦 (sent from my Iphone)

It would not be appropriate for me to comment on the thread “So sorry that grandma died hungry…” Nor would it be acceptable for me to send out a heartfelt text like, “Ugh! Sucks about your grandmother! Happy hour soon?”

No, that would have to be a phone call. We would need to converse. We would go on to talk about how she was old and death is normal and at least she ordered-in lunch. I mean, keeling over pad thai in public would’ve been super awkward. Or worse, say she had made a little lunch for herself, she might’ve rotted for days before the neighbors smelled her. Yes, it was convenient that the delivery guy was sick of being stood up and called the cops, determined to get the $14.50 grandma owed. Yes, I bet he felt bad after-the-fact.

Doctors are reliant on phones. It’s a matter of consideration. The following is not considerate.

We regret to inform you that you have testicular cancer. 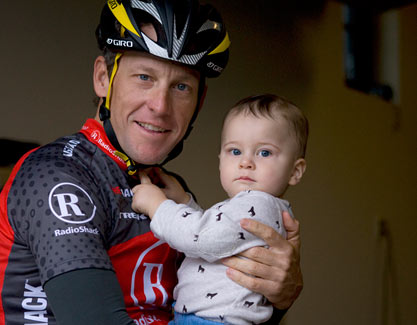 No, that doesn’t work. You let a man grope your possibly cancerous balls and at the very least you deserve a phone call. Am I right? It’s an intimate act, the jostling of testicles. No, you weren’t dating but a little courtesy, please. If not lunch… a phone call will suffice.

The tough thing about phone calls is you have to answer them. And really, who answers the phone these days? We’re all in the middle of something. And that ringing, it’s so foreign. It feels as if your pocket is being violated. One beep/buzz for a text/email, but three, maybe even more—that’ s just an invasion of one’s personal space.

How would you like it if I banged on your front door and demanded an immediate response to a question? Once upon a time that might have been a reasonable request, but these days we like to dictate how and when we respond. It could be seconds or it could be hours later. Proceed as you see fit.

So the call comes and you don’t answer the call because it just doesn’t feel right. It’s all a bit odd. Off to voicemail it goes. Voicemail. It’s sort of like a fax machine. Some people still use them. I bet William Shatner has a fax machine in his office. I’m sure Morgan Freeman has a fax machine. They seem like guys that who like having a hard copy. Email + Printer = Just fax it over, bub!

But voicemail isn’t tactile. Voicemail rarely moves us forward. Usually it’s a lateral move, “Call me back.” At best, someone says everything you need to know but when you see how long message is, you delete on principle. Who has 2:30 to listen to someone else ramble?

Worst case, you do call back. “Hi. I just missed a call from you.”

And then someone who you don’t recognize pauses. She’s not used to getting phone calls either. She repeats your name. Way off. You repeat your name. She gets closer. You do this dance until you’re dealing with roughly the same amount of syllables. Sean Puffy Combs vs John Duffy Moans. 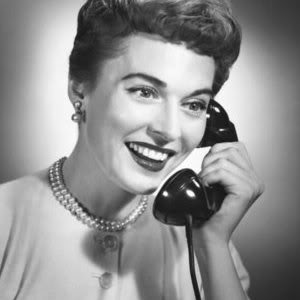 She moves on, which means you’re on hold. Maybe there’s music. If there is you’re lucky. You can think to yourself how shitty the hold music is or you can blast across your social media one of those tired status updates that reads: Dear (Insert Corporation Here), If you’re gonna keep me on hold for twenty minutes, at least have decency to play something besides Seal’s “Kissed by a rose.”

If you don’t have music the panic sets in. Yes, this is a phone call. It’s grave enough that it could not be emailed or texted. This means someone died. Or it means you’re going to die. Or you’re pregnant. Or you have lung cancer. Or a jury of your peers is going to decide whether you intentionally laundered that money. Or you have gangrene and the only option is to take a hacksaw to your femur.

I’d expand, but the music has stopped.

Any minute now I’ll be speaking to someone about something that someone preferred not to write in an age when everyone would prefer to do anything but write.

I practice saying to myself, “For godsakes, man! Cut to the chase!” But I know I won’t say that.

So instead, I’ll wait—take my resting heart rate, think about my blood sugar, recount any activity that could send me up river.