Protected: We Hear You, Good Friend

Have You Seen Hugo? 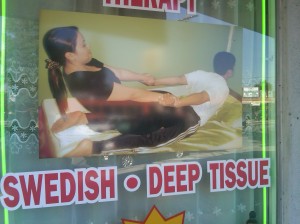 To the Editors of Exchanging Pleasantries:

I am writing to you expressing my deep concern regarding the whereabouts of my aquaintance Hugo de Naranja.  I haven’t heard from him since he told me he was going “off the grid” a couple months ago.  My e-mails and phone calls to him have gone unanswered.  He said he needed to get some work done, but I didn’t want to inquire as to what he was talking about.  Sometimes people just have some work to do.  What troubles me even more so than not hearing from him in 60 plus days is that I think I saw him last night and after the incident that ensued I almost wished that I hadn’t.  You guys live in Raymond Chandler Square, right?  Or at least you frequent that neighborhood often.  I’ve seen you milling about the bars in that area.  I once saw The Neapolitan Mastiff and Hugo throwing back tequila shots with an overweight woman in her late 40’s at Loaded.  I was in the back and didn’t want to bother you guys, given your acclaim and all, but it seemed like you were having a good time.  Anyway, back to Hugo.  I saw him last night on the Boulevard in the pouring rain by himself, with a bloodied hand and a pink carnation sticking out of one of his breast pockets, wearing a wig that resembled Richard Knox’s character in the movie Wonder Boys.  He was soaking wet and I think he was crying.  I recognized him and went over to say hi, when he turned to me, grabbed me by the throat and shouted, “What were you meant to do in this world?” Before I had a chance to answer he yelled, “I was meant to love and I’m not allowed to love the person I love. Do you know what that’s like, you fuck?” his breath reeking of some cheap Canadian Rye.  I said, “Hugo, it’s me Todd.” “I don’t know anyone,” he said, before releasing his firm grip from my neck and walking away.  I am sure that it was him and I was mortified, yet unsure if I was more upset with him not recognizing me or the fact that he physically accosted me.  Quickly I felt that it was selfish to be thinking about myself at a time like this.  Hugo needs help and I’m seriously concerned for his recovery.

Thank you for expressing your concern for Hugo de Naranja.  I assure you that he is not in good mental health, but that he is alive. He stopped by our offices last Tuesday, went to the kitchen without saying hello to anyone, grabbed a creamsicle from the freezer and walked out.  Prior to that he hadn’t responded to any of the inquiries we’d sent him, other than a postcard that had a picture of Bozeman, Montana on the front with no return address written on it, sent you from a “Hugo”.  We’d like to think it was from him, but the handwriting on the card didn’t resemble his.  I wished to discuss the matter with him, but I didn’t even see him walk in.  One of the interns informed me when I returned from lunch.